Are you seeking help in the Roundup lawsuit?

If you are looking for the Roundup lawsuit, then we can help you out.

Over a thousand people have filed cases against roundup manufacturers after developing cancer due to the roundup.

Many studies showed the link between roundup and developing cancer. Many plaintiffs even won their case and got their deserved compensation. It was all possible because of the best Roundup lawsuit at their side.

If you or any of your loved one have got diagnosed with cancer, you can get the attorney for the Roundup lawsuit.

Contact the best attorney for Roundup lawsuit if you have such issues. Lawyer4help helps in filing a case on behalf of you and your loved one.

(Note - Remember you don’t have to pay a single penny unless you win because we understand your concern with your privacy that matters.)

Roundup is a herbicide; highly toxic as it kills weeds, both broadleaf plants and grasses. Roundup is the glyphosate-based herbicide which was produced by Monsanto.

All this is possible due to the main ingredient present in roundup i.e. Glyphosate.

This is the active ingredient in weed-control products such as Roundup, Rodeo, and Pondmaster. In roundup, glyphosate is the main ingredient used to kill weeds and by farmers to protect crops by homeowners and landscapers.

Farmers use roundup for food production like lawns, greenhouses, aquatic plants, and forest plantings.Not only that but also for,

People are those most likely to have been exposed to roundup toxic chemicals who work in professions like landscaping and farming, where they use roundup often.

Please seek the advice of a medical professional before making health care decisions.

Does roundup cause Non hodgkin's lymphoma ?

The World Health Organization’s International Association for Research on Cancer (IARC) conducted a research where it was found the glyphosate (chemical in roundup) that if stays present in the blood and urine of human, animal, and cell increases the risk of Non-Hodgkin’s lymphoma and causes tumor formation..

It was also consistently found that pesticide exposures experienced in occupational agriculture have influenced the development of Non-Hodgkin’s lymphoma.

A study published in 2014 in the International Journal of Environmental Research and Public Health examined worldwide effects of agricultural chemicals on farmers and other outdoor workers.

A study showed in 2008, a link between herbicides and cancer, it was found that use of roundup for 10 or more days may potentially double up the chance of developing Non-Hodgkin lymphoma.

In that research, 44 papers examined the link between 80 active ingredients and Non-Hodgkin’s lymphoma.

It was discovered, B-cell lymphoma was associated with phenoxy herbicides and organophosphorus herbicide glyphosate.

Have you or any of your loved ones faced this by using roundup? If yes, then contact us for Roundup lawsuit attorney to file the case.

Here are the symptoms of Non-Hodgkin's lymphoma by Cancer.gov lists which includes: 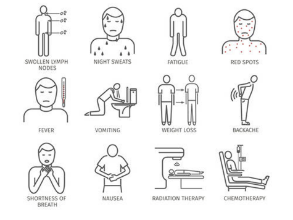 Any of your loved ones or you have suffered from such symptoms after using the roundup, you can have an attorney for the Roundup lawsuit.We will give you the best Roundup lawsuit attorney to file your case.

Other side effect of Roundup

After research for roundup, there was a strong link between roundup exposure and other health issues. Let’s see the cancers which are linked with roundup.

Not only that but also issues such as :

Studies also showed that prostate cancer was more common in a particular place at a particular time in communities with high use of roundup.

It is also being found the link between roundup and breast cancer, because of the increased exposure to glyphosate can lead to mammary tumors.

Studies indicated a relationship between roundup and brain cancer as well. There is a significant risk of developing brain cancer for the child if being exposed to glyphosate two years prior to a child’s birth. Trusted Source in a 2013 study, concluded that glyphosate can cause breast cancer by increasing the number of breast cancer cells through cell division and cell growth.

In 2001 a study was conducted where it was found that using roundup over 10 hours for more than 2 days an increase the chance of NHL. Exposing to roundup can significantly increase the risk of the cancer

Lawyer4Help is one of the best attorneys for Roundup lawsuits to help you out if you have faced such complication due the usage of roundup.

Can I file for the Roundup lawsuit ?

If you have developed such cancer or any other complication using the roundup.

Criteria for filing a Roundup lawsuit.

You or any of your relative must

You can file for the Roundup lawsuit if you fall under this criteria.

What is the process for filing for Roundup lawsuit ? 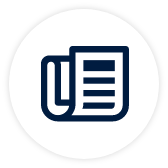 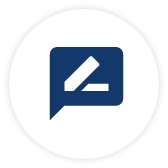 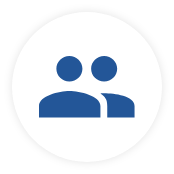 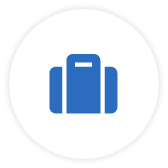 What can I get out of the Roundup lawsuit ?

You will get to know what you can get out of the Roundup lawsuit If you or a loved one is suffering from the effects of roundup.

You could be eligible for a roundup settlement where courts don’t just reimburse medical expenses but also recognize the other costs that can result from dealing with cancer.

Punitive damages can also be awarded.

Compensation types in a roundup settlement may include :

for any help about the Roundup lawsuit.

How many settlements have been done?

When you win, ONLY then contingency fees ( a charge that a lawyer receives as a fee for the case won) will be charged.

Thanks to Lawyer4help for the easy process of filing the case and helping me in getting my deserved claim, I appreciate the team a lot. It seemed difficult at first but it ends with new energy back into my life.

Lawyer4help is what a sufferer can trust on, they helped me to fight my case.

Finally I made the right choice for filling the case to getmy claim. The team gave me an essence of trust and compensation.